This train is gathering steam this week, as certain parties make a very dangerous move – and pay for it. Meanwhile Maia is finding his feet as a politician as well as in his role as emperor, but will there be a cost to that?

Let’s discuss The Goblin Emperor. Spoilers follow for chapters 18 through 26. 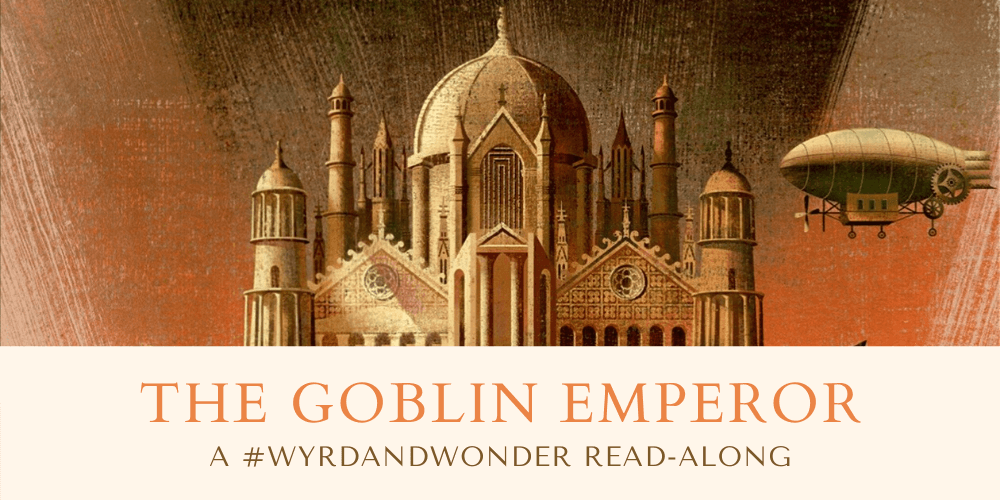 These chapters open with a very candid, yet significantly warmer than most, conversation between Maia and Arbelan, and from there things begin to change as Maia learns to act with more confidence. Do you think Arbelan’s kinder treatment of him is what sparks this, and if so, how much of an impact do you think it had?

I think their weekly dinners together are good for Maia, given how little company he gets to keep simply for friendship’s sake. I feel like there’s an almost motherly aspect to Arbelan’s company, though she certainly isn’t replacing Chenelo; rather, I think Maia just finds it comforting, and maybe that has allowed him to take a breath and re-evaluate himself a little. We have definitely begun to see more confidence in the way Maia deals with those around him, and I can see how the breathing space Arbelan offers could have led to this.

Taken by itself, though, I just love this scene, and I love the way it leads into this completely different attitude on Maia’s part. I really like Arbelan, and I hope they both keep up this friendship!

The river bridge scheme proves to be a delightful plot point to push a lot of character interaction forward, as well as opening up the scope of this world. Were you surprised by the developments involving Lord Pashavar?

Definitely, and in a good way! I enjoyed everything about the dinner party scene, the various threads of conversations and topics and the way they all highlighted the characters and motivations of these people, not just Lord Pashavar. I appreciated the discussion of the possibility of negotiation with the Nazhmorhathveras, and what their own motivations could be; the feminist views (or lack thereof!) of the women at the table; and of course the angle Maia wanted to play, to figure out how to make Pashavar less of an obstruction in the Corazhas. I love that our emperor doesn’t use any intimidating or bullying tactics here; he simply talks to Pashavar until they can reach an agreeable standpoint that will let everyone move forward.

I mean. If only our own politicians would be so reasonable! IF ONLY.

And extra super bonus points to Pashavar for fascinating me so much with his point about laws and rules not being the same:

“There is a difference, Serenity. An emperor who breaks laws is a mad dog and a danger, but an emperor who will never break a rule is nearly as bad, for he will never be able to recognize when a law must be changed.”

This is a fine line, of course, and a tricky one to walk – but I can’t help seeing Pashavar’s point, and this particular exchange makes him a very fascinating character. We know now that he isn’t simply obstructing the progress of the bridge project out of an unwillingness to see another point of view; he’s stubborn, but not unreasonable. This is incredibly refreshing to see, and I deeply appreciate that we get to see it.

Like a train gathering steam, a great deal of plot drama happens here. Let’s talk about Shevean and Chavar. Were you surprised by their gambit? And how do you feel about the way it all played out (ie. Idra’s decision to put his foot down)?

Oh my GOD. These idiots.

Also, more fool me for giving either of them so much credit for intelligence! Their blatant gambit, and their equally blatant sense of entitlement, which even apparently blinds them to the precarious position they’ve put themselves in just with the act of KIDNAPPING MAIA IN THE MIDDLE OF THE NIGHT, left me completely blown away.

I mean, I can see how they would think they could get away with it. It’s just that the sheer self-absorbed idiocy is so staggering that I ended up sitting with the book in my hands, staring at it and going “are you SERIOUS?!”.

Which only made Idra’s entirely reasonable (and very angry!) response all the more sweet. Bless him for not being at all like his mother.

… I am also wondering if justice is actually going to be done where they’re concerned, now that the dust seems to be settling. But that’s one more question for the final chapters to answer!

We get another surprising turnaround from Ceredin, Maia’s intended empress-to-be, as well. What are your thoughts on her by the end of these chapters, compared to her initial impression?

I did worry that she wasn’t going to make any effort to even befriend her husband-to-be, but interestingly I also couldn’t simply assume she would be another power-hungry version of Shevean. She was practically unreadable at first, and I only really started forming an opinion of her when she tried to warn Maia that Vedao was using him. (Bless him, too, for being aware of this already!)

I love that she appears to be put on the back foot and that this makes her reconsider her opinions, and how she herself comes across to people (or at least to Maia). And I absolutely adore the fact that the next time they correspond she is openly wishing she could challenge Shevean to a duel for what she did!

OH GOD PLEASE GIVE US A SWORD-FIGHTING FUTURE EMPRESS I AM ENTIRELY HERE FOR IT.

So that’s it for week 3, but don’t forget to check out these posts from the rest of our reading group! 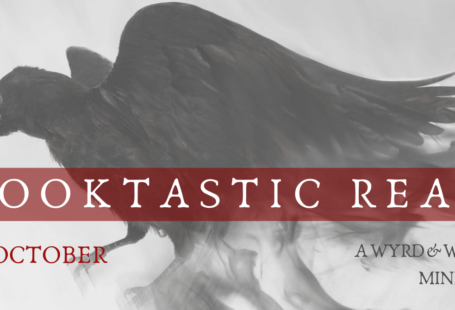 1 comments On Winds of change: The Goblin Emperor Readalong, Part 3