It’s time for the first of my Wyrd and Wonder Edition posts for Top Ten Tuesday! Today we’re talking about some of my favourite fictional cities in fantasy. Being a city girl at heart, I felt like this choice from imyril’s curated list of prompts was super appropriate for me. So let’s get listing, shall we?

(Top Ten Tuesday was created by The Broke and the Bookish, and is now hosted by That Artsy Reader Girl.)

A recent discussion on Twitter about a possible future read-along of the Dragonlance Chronicles, beginning with this book, got me all nostalgic about it – and one of the things I remember most fondly is the opening setting of the forest town of Solace. Built among, around – and oh yeah, IN – a forest of massive vallenwood trees, Solace would be your average humble forest abode if it wasn’t for the fact that it consisted of elaborate treehouses, interconnected by bridges. Its status as a city is questionable and it may not feature any modern marvels of technology or breathtaking artistic wonders, but it’s always held a fond place in my imagination as somewhere I’d love to explore – though I’d have to be careful about getting a pint at the Inn of the Last Home…

If I’m going to put together a list of fantastical cities I’d like to see, it’d be damn near impossible not to include one of all the countless versions of London that have been immortalised in fiction. But if I have to pick a favourite, it’s got to be the one that gave us the Maresh brothers, and brought my best prickly rogue, Lila Bard, into their lives. Technically that means I’m including the other Londons as well, but I thought it wisest to name the London that at least seems the most civilised…

The Undersea Duchy ruled by Dianda Lorden would be a nightmare scenario for my semi-hydrophobic self, if it wasn’t for the sheer wonder of a domain consisting of underwater caves and seemingly decorated with the kind of lost-pirate-treasure motif that gives me pure joy. Oh, and the whole magical breathing ability thing. That helps to make it more palatable too. If I was ever going to be brave enough to learn to swim, it’d be for a chance to visit the Undersea. Bonus points if I got to do what Toby did and become a mermaid for the duration. Because come on. Mermaids.

(Not promising I wouldn’t give in to the urge to go full Little Mermaid karaoke down there, though.)

Swordsmen and thieves and forgers, oh my!

Ellen Kushner’s (very) low fantasy world never actually gives the city of which Riverside is a part its own name, but that’s OK because I’m most fascinated by the island town whose residents consider any upstart noble* who crosses the bridge fair game for picked pockets – or worse. It might not be “picturesque” or “safe” but I bet the parties are a lot more fun…

When considering fantastical versions of real-world locations, Venice seems almost, if not equally, as popular as London for inspiring awesome fictional cities. So much so that I’m including two of those cities on this list. The first is the jewel of the Serene Empire, and where my favourite complicated fictional fellowship in recent years comes together. It’s got scenic canals, breathtaking palaces, twisty alleys hiding bookshops, and why can’t I go there?

Camorr (The Lies of Locke Lamora)

It’s a lot like Raverra, but much more lawless and dilapidated and generally less attractive… But it’s got mysterious Elderglass structures! And it gave the world of fantasy fiction the Gentleman Bastards. I would totally visit Camorr – I’d just have to be careful never to fall in the canals. There’s a good chance it would have sharks.

So this is technically not a top ten and I am sure I’ll think of other places I should have put in there at some point later, but here you have it!

What are your favourite fantasy cities? Share in the comments! Let me know if you agree with my picks, or if you’ve got some I didn’t think of/haven’t heard of.

Trail of Lightning Read Along, Part One

The Ninth Rain Read Along, Part One 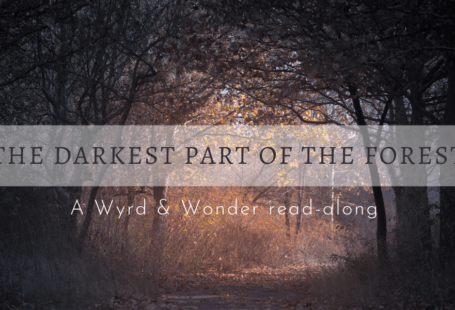 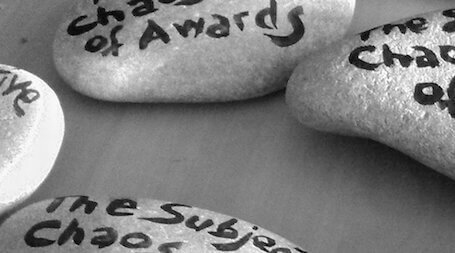