In Read Alongs, Wyrd and WonderTags fantasy, Holly Black, The Darkest Part of the Forest, Wyrd & Wonder 202215th May 202219 Views

Another day, another readalong post! Today I’m covering chapters 6 through 11 of The Darkest Part of the Forest, with questions via Ariana at Book Nook Reviews. This section’s a tasty one, folks. Let’s discuss. 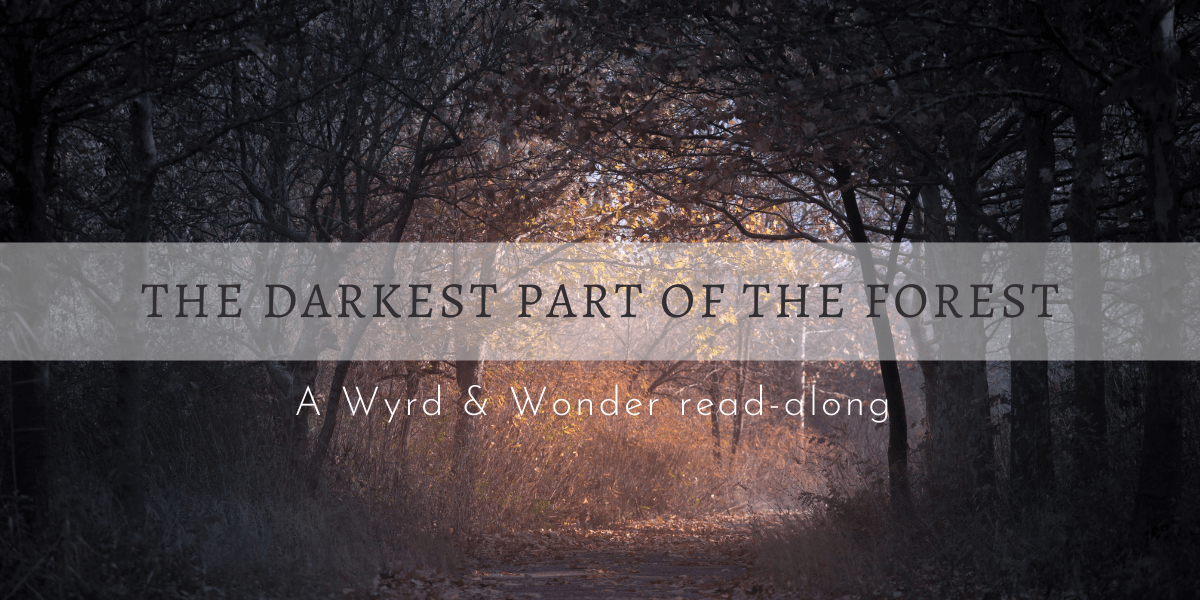 We’ve seen a bit more of Hazel in this next section, as well as brief points of view from Ben and Jack. How are we feeling towards this trio and their dynamics?

Things are getting interesting between these three now! I’m deeply enjoying seeing Jack become a more important part of this dynamic, as well as getting a reminder that however normal he seems, Jack is *dramatic pause* not normal.

You could say he fits right in in Fairfold. Except he doesn’t. Because these people. Oh, Jack.

As for Hazel and Ben, I feel like it’s becoming clear that the dual nature of the town’s relationship to the Fae (both normal, and not) reflects itself in this sibling dynamic. They did not have a conventional upbringing, and their current concerns are definitely unusual from an outsider perspective – and even from an insider perspective, thanks to Severin returning to consciousness. But the sibling bond here is very recognisable, all the same. The carefree closeness of childhood has become the careful closeness of young adulthood, where they’re each keeping secrets but they’ve come to be aware of at least that much. It adds a very intimate layer to the drama that I can’t help enjoying!

On the topic of dynamics, what do we think of the siblings now that we’ve seen a bit more of Ben and Hazel’s history? Do you think they can come out of everything that’s happening with an intact relationship?

That’s an excellent question, and I got a little bit ahead of myself with the first question but I feel like what I said fits here, too. Right now we’re in the deliciously uncertain stage of developments, and I could say more but it might be spoilery! I’ll just say that I’m looking forward to getting a second read-through of what happens from here…

We have finally caught a glimpse of the Horned Prince, Severin. What are first impressions, and what do you think his story and intentions might be?

Holly Black knows how to write a Fae character. I love the way Severin comes across as both untrustworthy, because right away we see him attempting to manipulate Hazel and turning that same charismatic energy on Ben with barely a thought, and also relatable – why would he trust either of these people enough to be fully honest? As he admits, he knows everything they’ve ever said in his presence, while that’s potentially a dangerous amount of information to be armed with, given how we’ve seen him behave so far, I can understand why he’d be wary of simply trusting them. He may know that Hazel freed him, but he doesn’t know why or who might have aided her in doing so.

So I can’t really say much more, but let’s say I’m here for all of this new development.

“The city’s a lot like the deep, dark fairy-tale woods of Fairfold, right?” Ben asks Hazel in a flashback scene. What do you make of this comparison and its implications?

It makes a lot of sense that someone from a town like Fairfold would be unnerved by life in a city, where no one has the same beliefs or experiences that they’ve had; where fairy tales are just that, old stories to tell children rather than cautionary tales to live by. It gives Fairfold even more of a sense of being a place outside of its time, in a way, but it also makes a more urban setting seem just as mysterious, and mystifying. It’s a nice touch!

And I found it very fascinating that Ben felt good about living there, however briefly, while Hazel ended up miserable – and had never imagined that she’d have to go there to begin with. I want to say more about this than I feel would be spoiler-free at this point, though! Let’s just say there are certain hints as to what’s going on with Hazel if you know what you’re looking for. So I will come back to this particular topic, no doubt…

And on that note, I’m going to keep reading!

Here’s what my fellow readers had to say this week (links will be added as they go live): 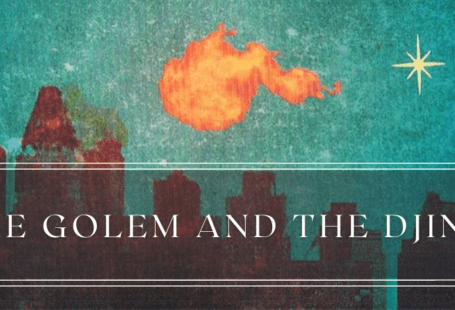 Chapter Breakdowns: The Golem and the Djinni, Part 3

5 comments On Wyrd & Wonder Readalong: The Darkest Part of the Forest, Week 2