In this episode, Natasha goes to an ally for help to figure out what was done to her – but naturally, the answer only leaves more questions…

NOTE: This review will contain spoilers for the story/episode being discussed. 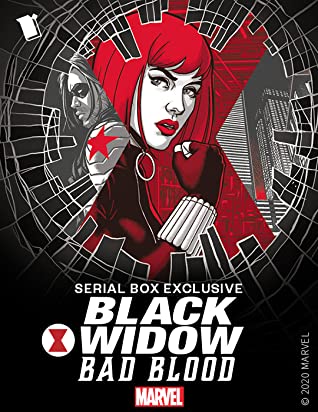 I am so here for an encounter between Natasha Romanoff and Bruce Banner that doesn’t hinge on a pointless “romance” shoehorned in for no reason. But we’re not here to criticise the MCU so let’s focus on the good stuff!

First of all, it seems like I had the wrong idea about what precisely happened to Natasha at the end of episode 1 – as did Natasha…

I had assumed she’d somehow gotten herself away from whoever had grabbed her off the street, but apparently they got what they wanted and then dumped her? Which brings us back to Bruce Banner, as he is the one who (nice little cliffhanger!) points out that since his tests don’t show anything turning up IN Natasha’s blood, the most obvious answer is that they took something out of her instead. Someone with highly questionable morals now has a sample of Natasha Romanoff’s blood.

Which brings me to the crux of my thoughts following this episode – namely, how little I know about Natasha’s backstory at this point. Broadly speaking, I know her deal. The Red Room is where she got her training, she was mixed up with Hydra before S.H.I.E.L.D. came along, now she picks and chooses the jobs she takes, even for S.H.I.E.L.D. But I’d always assumed Natasha was plain vanilla human, with no special Avenger party tricks. Am I wrong?

I mean, I’m not actually asking. No spoilers in here, please and thank you. But I am intensely curious now!

The other thing this episode left me with was a refreshing taste of what I’d wanted to see after the first episode: vulnerable Natasha. And oh boy, did I get it. In spades.

No matter what party tricks a fictional character has, it’s always their emotional capacity that makes them relatable or repulsive, as fits their narrative. Natasha has to be more than just the Black Widow, or she’d stop being so interesting very quickly. Thankfully … she has not stopped being interesting.

Let’s just say it is made painfully clear just how deep some of Natasha’s emotional scars go, given who and what she was turned into – and what she became. What’s also clear, and what is a delicious twist of a complication, is that no matter what scars she carries Natasha IS the Black Widow. She’s strong, capable, ruthless and deadly not in spite of what was done to her, but perhaps because of it. Or was the Widow always part of who she is? Is that why she was chosen for her training?

And on THAT note, I really want to talk about Bucky Barnes. But he’s not here yet so I won’t. I really, REALLY want to, though.

I can’t wait for more.